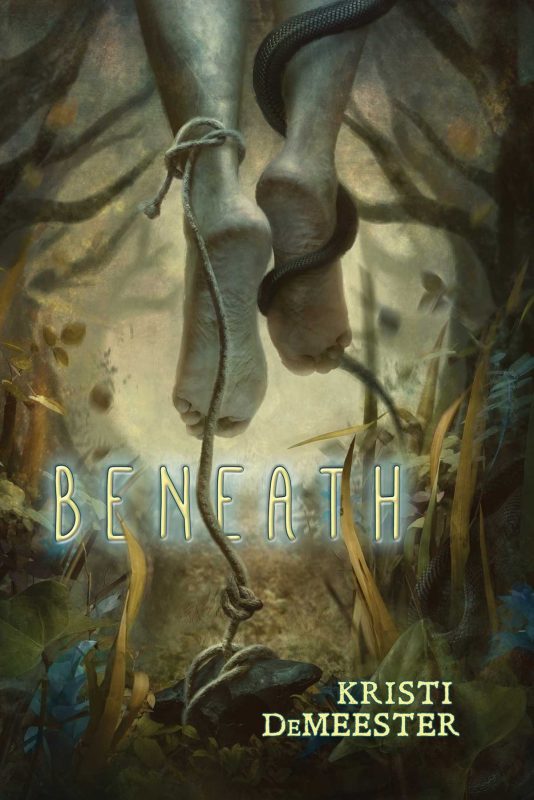 From Kristi DeMeester comes debut novel Beneath, a tale of long-buried memories, forgotten horrors, and pure terror. Look for Beneath at better independent booksellers everywhere, and most online retailers. Copies with signed bookplates are available direct from Word Horde.

About the Book
When reporter Cora Mayburn is assigned to cover a story about a snake-handling cult in rural Appalachia, she is dismayed, for the world of cruel fundamentalist stricture, repression, glossolalia, and abuse is something she has long since put behind her in favor of a more tolerant urban existence. But she accepts the assignment, dredging up long-buried memories as she seeks the truth.

KRISTI DeMEESTER writes pretty, spooky things in Atlanta, Georgia. Her work has appeared in publications such as Black Static, Apex Magazine, The Dark, and several others. Her work has been reprinted in Year’s Best Weird Fiction Volumes 1 and 3. Her debut short fiction collection, Everything That’s Underneath, is forthcoming this year from Apex Publications. In her spare time, she alternates between telling people how to pronounce her last name and how to spell her first. This is her first novel.

Visit her online at www.kristidemeester.com.

“Beneath reveals a corruption lurking beneath a rural snake-handling cult, melding nearly-mainstream religiosity with old-world blood superstition in which hypocrisy’s evil manifests as physical monsters. DeMeester’s debut unwinds like a dark yet brilliant fever dream.” —Michael Griffin, author of The Lure of Devouring Light

“Kristi DeMeester is an amazing writer.” —The Conqueror Weird