Home > Books > Children of the Fang and Other Genealogies 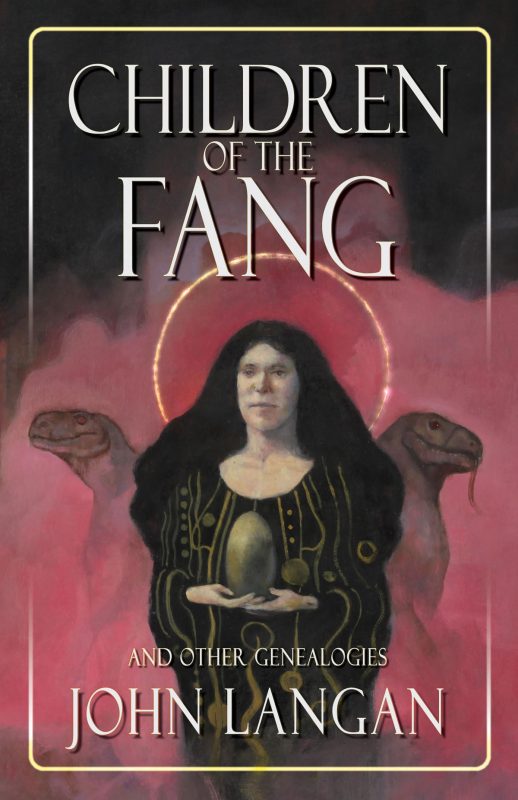 John Langan, author of Bram Stoker Award-winning novel The Fisherman, returns with a new book of stories. Look for Children of the Fang and Other Genealogies at better independent booksellers in the US and Canada, and many online retailers. Copies with signed bookplates are available direct from Word Horde.

About the Book
John Langan, author of the Bram Stoker Award-winning novel The Fisherman, returns with a new book of stories.

An aspiring actress goes to an audition with a mysterious director. An editor receives the last manuscript of his murdered friend. A young lawyer learns the terrible connection between her grandfather and an ancient race of creatures. A bodyguard drives her employer across a frozen road toward an immense hole in the earth. In these stories and others, John Langan maps the branches of his literary family tree, tracing his connections to the writers whose dark fictions have inspired his own.

JOHN LANGAN is the author of two novels and four collections of stories. His second novel, The Fisherman, won the Bram Stoker and This Is Horror Awards. He is one of the founders of the Shirley Jackson Awards, for which he served as a juror during their first three years. He reviews horror and dark fantasy for Locus magazine. He lives in New York’s Mid-Hudson Valley with his wife and younger son, and is slowly disappearing into an office full of books. And more books.

Visit him online at johnpaullangan.wordpress.com.

“Langan (The Fisherman) draws inspiration from Stephen King, H.P. Lovecraft, David Lynch and other masters of the strange and horrific to create an impressive collection of 21 tales as terrifying as they are mysterious. […] This well-crafted collection will delight fans of dark, literary horror.” —Publishers Weekly

“Langan is my standard by which all other short stories are measured. There is something in this collection that will stand out as your favorite, relish your time in these Genealogies to find it.” —Sadie Hartmann, Cemetery Dance

“The 21 tales of this collection are proof that, whatever the stimuli, Langan’s work is always original and unsettling.” —Paula Guran, Locus

Sell Sheet: Children of the Fang and Other Genealogies | 893KB PDF |

Hi-Res Cover Image: Children of the Fang and Other Genealogies | 3.91MB JPG |

Children of the Fang and Other Genealogies Reviews