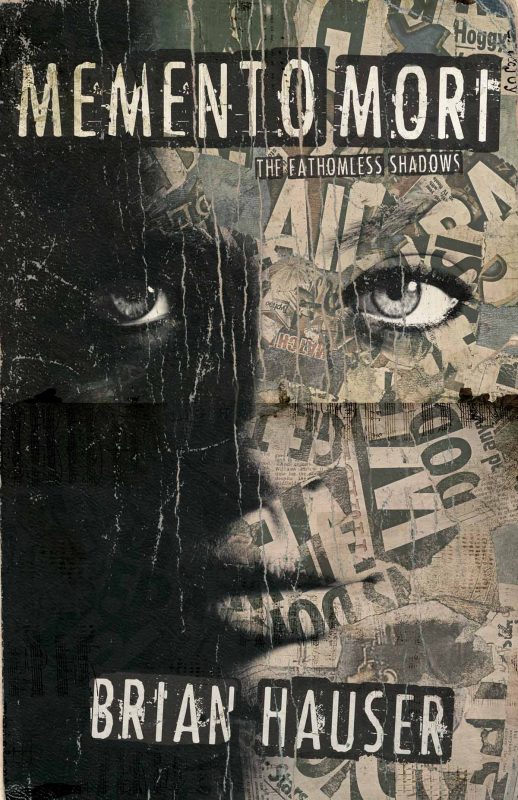 From Brian Hauser comes debut novel Memento Mori: The Fathomless Shadows, a tale of a missing filmmaker and the spaces between truth, fiction, fantasy, and the uncanny. Look for Memento Mori at better independent booksellers everywhere, and most online retailers. Copies with signed bookplates are available direct from Word Horde.

About the Book
Underground filmmaker Tina Mori became a legend in the late 1970s with a stolen camera, a series of visionary Super 8 shorts (The Eye, The Stairs, The Imperial Dynasty of America) and a single feature film, heralded as her masterpiece, Dragon’s Teeth. Then she disappeared under mysterious circumstances. Was it foul play, or did Tina Mori go somewhere else? And if so, where? Could it have been the otherworldly Carcosa so often referenced in her films?

BRIAN HAUSER is a writer and filmmaker from Carter-era rust belt suburbia. He lives in northern New York with his partner and two cats. Memento Mori: The Fathomless Shadows is his first novel.

“…an engrossing, baffling horror debut that veers hard into the weird […]. Fans of the uncanny (and especially of Robert W. Chambers’s The King in Yellow, to which this work alludes) will find much to love and laud.” —Publishers Weekly

“The prose immerses you like a dark tide of very cold water, sinking you in another reality before you quite realize it.” –Marion Deeds for Fantasy Literature

“Brian Hauser has crafted a tense, readable ride down a rabbit-hole that goes straight to Carcosa. […] The result is a book that feels vital, as deeply connected to people as it is genre.” –Carson Winter for Signal Horizon