Home > Books > No One Dies from Love: Dark Tales of Loss and Longing 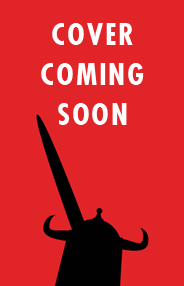 From Lambda Literary Award and Shirley Jackson Award-nominated author Robert Levy comes a debut collection of twelve tales of horror and desire, love and loss. Look for No One Dies from Love coming late Spring to better independent booksellers everywhere, and most online retailers. Copies with signed bookplates will be available direct from Word Horde.

About the Book
A young boy’s father becomes obsessed with interplanetary visitors; an adolescent’s game reveals devastating possible futures; twin siblings receive a visit from an aunt they don’t remember in the wake of their mother’s disappearance; a grieving widow finds herself drawn into a crypt and the companionship of other mourners left behind; a group of teenage girls at summer camp discover something powerful—and hungry—in the woods; a writer reeling from a splintered relationship attends an infamous theatre devoted to macabre spectacle and fear, discovering forbidden desire and malevolent designs…

ROBERT LEVY is an author of unsettling books, stories, and plays whose work has been seen Off-Broadway. A Harvard graduate subsequently trained as a forensic psychologist, his work has been called “frank and funny” (Time Magazine), “idiosyncratic and disarming” (The New York Times), “ambitious and clever” (Variety), “intimate and disturbing” (Publishers Weekly) and “bloody brave” (the UK’s SFX Magazine).

His novel The Glittering World was published by Gallery/Simon & Schuster and was a finalist for the Lambda Literary Award as well as the Shirley Jackson Award, and also won an Earphones Award for exceptional audio from Audiofile Magazine. Shorter work has appeared in places like The Magazine of Fantasy & Science Fiction, Nightmare, Black Static, The Dark, Shadows & Tall Trees, The Year’s Best Gay Speculative Fiction, and The Best Horror of the Year, among many others.

Robert is a single dad who lives with his children in Brooklyn near a toxic canal, where he is awaiting his mutant powers to develop any day now. He teaches at the Stonecoast MFA Program in Creative Writing.

Visit him online at therobertlevy.com.

Disclosure of Material Connection: Some of the links in the page above are "affiliate links." This means if you click on the link and purchase the item, I will receive an affiliate commission. I am disclosing this in accordance with the Federal Trade Commission's 16 CFR, Part 255: "Guides Concerning the Use of Endorsements and Testimonials in Advertising."