Tales of Jack the Ripper Bundle

Note: Orders will ship together once all items are available. The Tales of Jack the Ripper trade paperback is signed by editor Ross E. Lockhart and comes with a free eBook in your selected format. The eBook will be emailed to you when your order is processed. If you would like your book personalized, please include your personalization in the Order Notes box on the Checkout page.

Tales of Jack the Ripper edited by Ross E. Lockhart 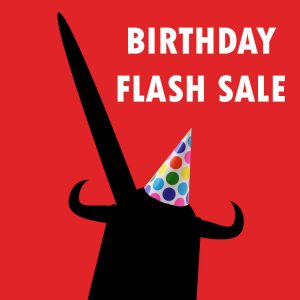 ONLY SIX HOURS LEFT TO SAVE 20%! Happy 2nd #BookBirthday to A Spectral Hue, @ethereallad’s novel of art, obsession, and the ghosts that haunt us all! 💜👻 We’re celebrating with a FLASH SALE! 🎂🥳 wordhorde.com/product/sh-bun… pic.twitter.com/9kN7dP678E

Happy 2nd #BookBirthday to A Spectral Hue, @ethereallad’s novel of art, obsession, and the ghosts that haunt us all! 💜👻 We’re celebrating with a FLASH SALE! Save 20% today only! 🎂🥳 wordhorde.com/product/sh-bun…

It's #NationalGoFishingDay! 🎣 What a perfect day to use coupon code GOFISH🐟to get a FREE Scratch & Dent copy of John Langan's Stoker Award-winning novel The Fisherman with any purchase at Word Horde. Be sure to add it to your cart first. #GoFishingDay wordhorde.com/product/the-fi…