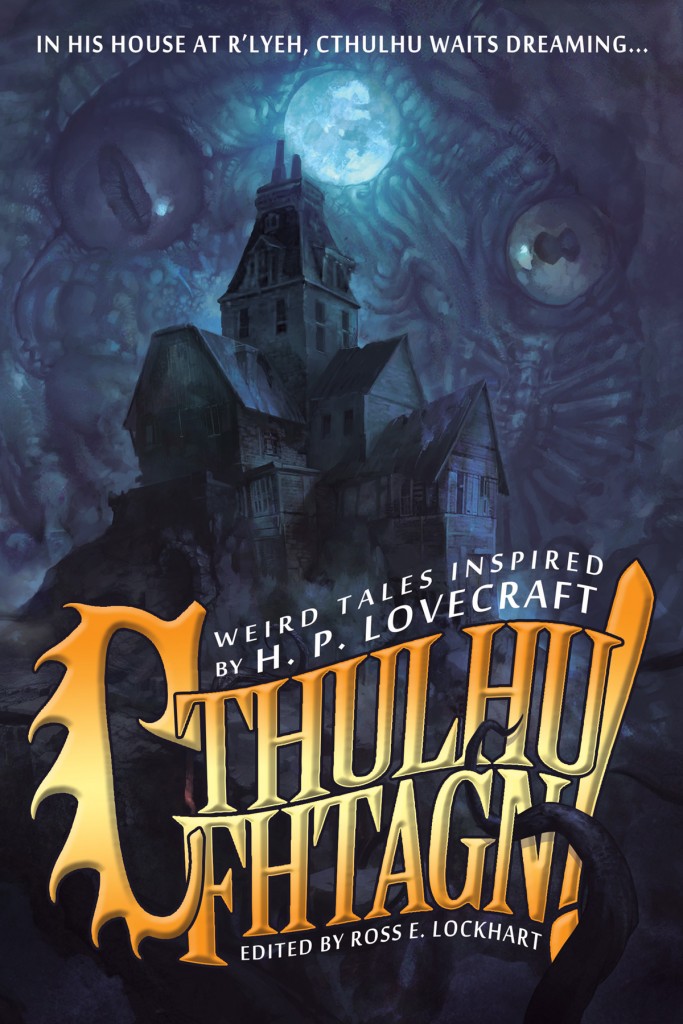 In his house at R’lyeh, Cthulhu waits dreaming…

What are the dreams that monsters dream? When will the stars grow right? Where are the sunken temples in which the dreamers dwell? How will it all change when they come home?

Within these pages lie the answers, and more, in all-new stories by many of the brightest lights in dark fiction. Gathered together by Ross E. Lockhart, the editor who brought you The Book of Cthulhu, The Children of Old Leech, and Giallo Fantastique, Cthulhu Fhtagn! features nineteen weird tales inspired by H. P. Lovecraft. 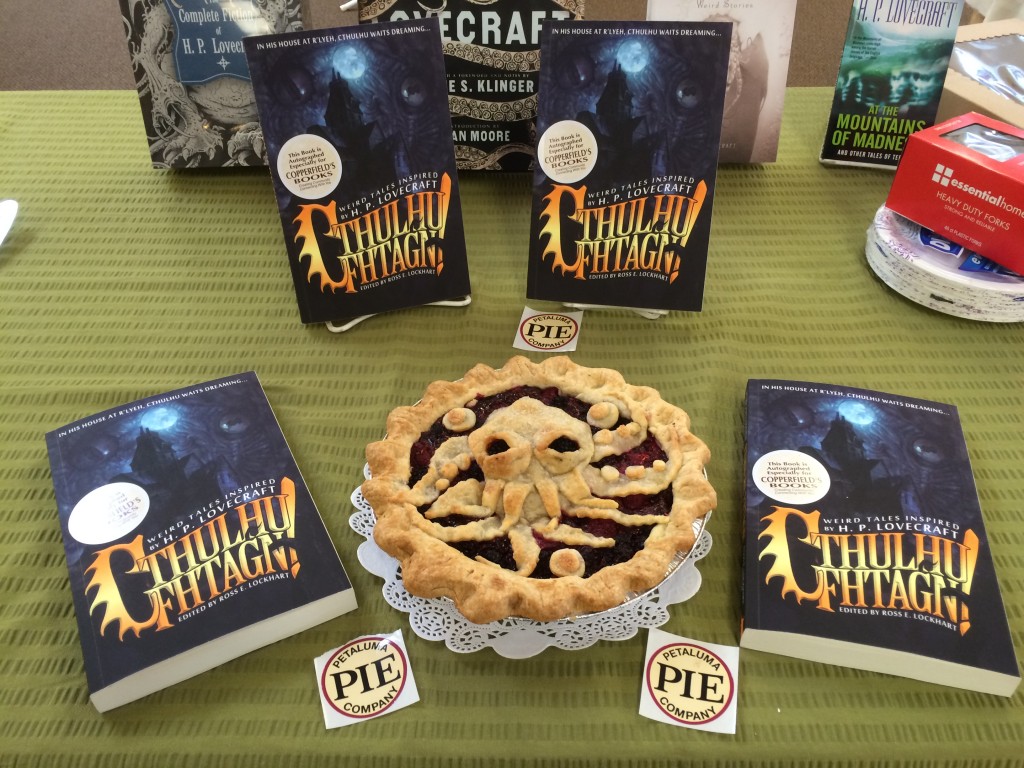 Ask for Cthulhu Fhtagn! wherever books are sold. 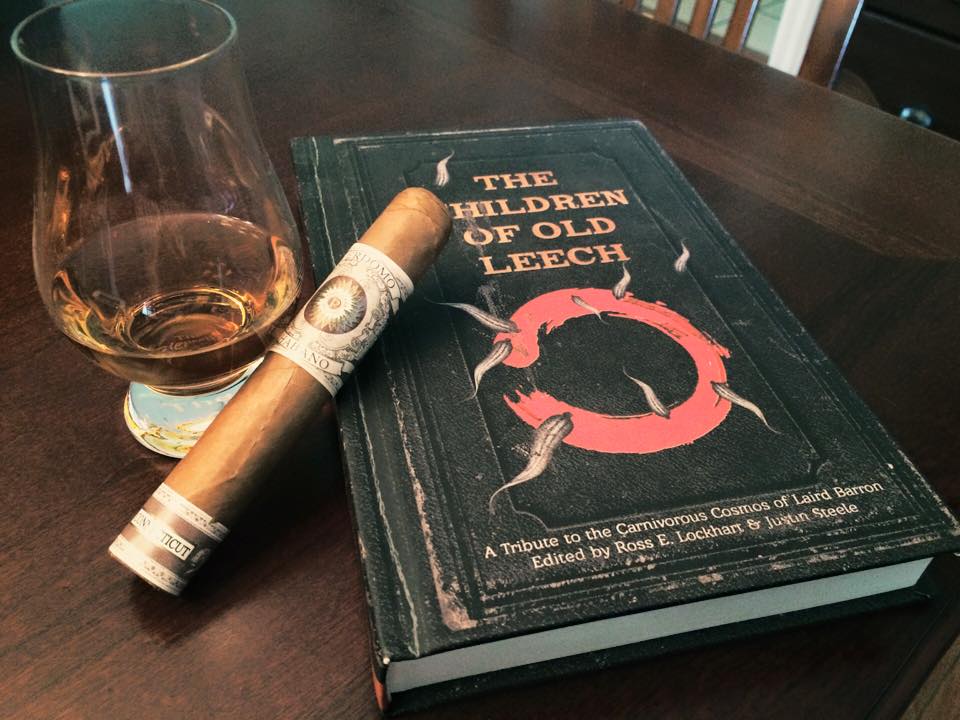 From Ross E. Lockhart, the editor who brought you The Book of Cthulhu, The Children of Old Leech, and Giallo Fantastique comes Cthulhu Fhtagn!, 19 weird tales inspired by H. P. Lovecraft. 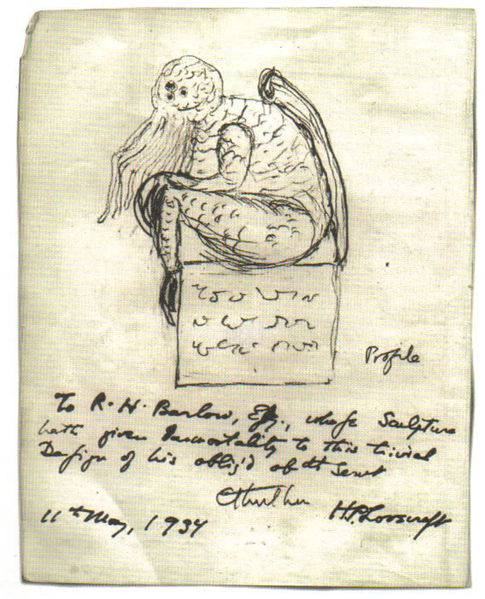 This August, the stars will be right. Cthulhu Fhtagn! Weird Tales Inspired by H. P. Lovecraft will be unleashing cosmic horror onto an unsuspecting–but deserving–world, just in time to commemorate H. P. Lovecraft’s 125th birthday. In the next few weeks, we’ll be revealing the cover and opening up pre-orders, so that you can bring this monster home, but today, as promised, here’s the full Table of Contents:

Today’s excerpt from The Children of Old Leech comes from J. T. Glover and Jesse Bullington‘s collaborative tale, “Pale Apostle,” which I’m sure you’ll agree sets up the fireworks with a dangerously short fuse…

The bell at the front of the shop tinkled, and Wah clicked her teeth—she hadn’t heard his key in the lock, which meant he’d left the door open again. It was bad enough he insisted on making deliveries to all the family associations himself, but his forgetting to lock up was simply unsafe. Ducking through the curtain, her slippers whisking against the boards, she saw his familiar silhouette across the dark shop. He’d turned and was locking the door.

“It doesn’t do much good, now,” she said, trying to keep the chiding tone from her voice. “When I’m in the back, though, try to remember to—oh!”

The white man smiling at her across the shadowed bins and shelves was not her father.

“I sorry, honorable sir, but we closed right now,” she said, speaking with deliberate fresh-off-the-boat awkwardness even as her mind raced.

Her father was probably talking over old times at some association by now, and might not return for hours. It wasn’t late enough yet for the police to be rattling doorknobs, and they rarely took much notice of crime in the Chinatown anyway. Who would hear if she screamed? Mr. Dong next door, perhaps, but perhaps not…

Top shelf, middle aisle. As she stepped around the counter, she studiously kept her eyes on the intruder, instead of the modest display of cutlery. If she could just—

“How excellent,” the stranger said, speaking in perfectly unaccented Szechuanese as he glided toward her, past the knives. “That means we shall not be disturbed.”

The smile he gave her stretched his strangely ageless face into a rictus—like most white men, his exotic features somehow coalesced into a bland, nondescript whole. His black coat and broad-brimmed hat were wet with the night’s rain, leaving puddles on the floor, but his skin looked parched as scrolls from a temple. He reached inside his coat, and Wah flinched, wondering if it would be a weapon, or worse, handcuffs—given the choice between a stickup man or a plainclothes Seattle policeman, she would take the lesser villain. Instead, he held out an envelope to her, as dry as the withered hand that held it.

“My name is Clarence Kernochan, and I have a business proposition to discuss with you.”

“My father—” Wah began, but he cut her off in the rude fashion of Americans, waggling the envelope.

“I trust you will surely find this to the advantage of both yourself and your father, Miss Sung.”

Wah looked back at his face, and in the instant before she saw him straight-on, she could have sworn that his black pupils seemed to undulate, as if something wriggled behind them. 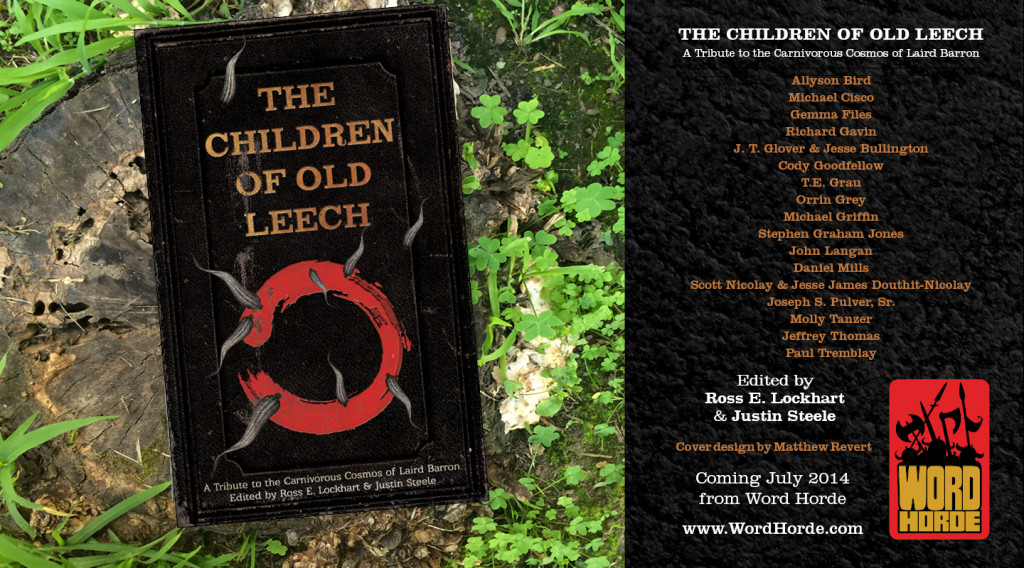 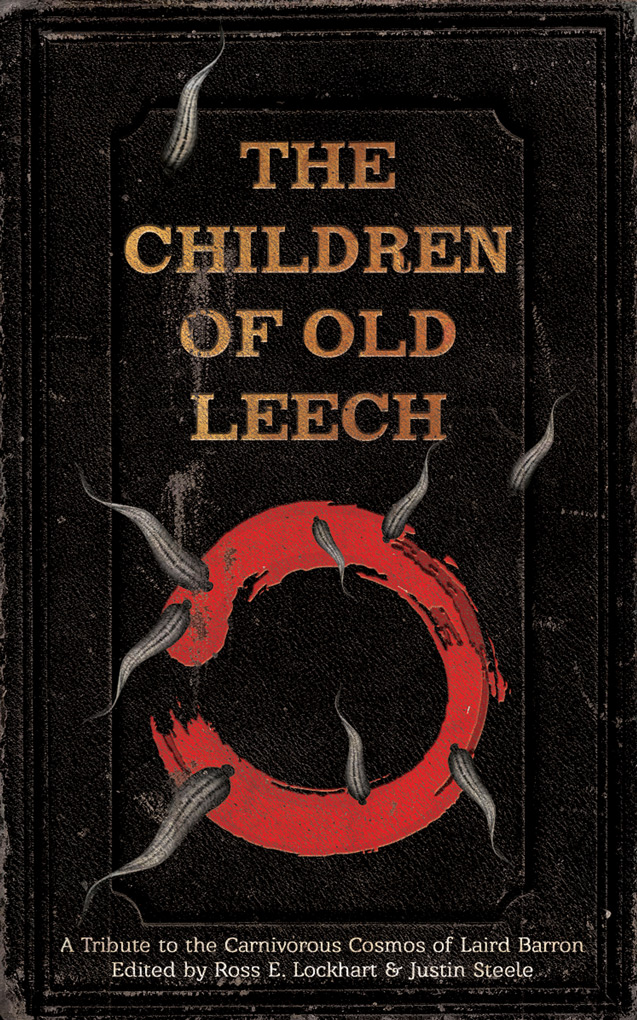