We’ve just kicked off our biggest Goodreads Giveaway yet, with copies of Michael Griffin’s The Lure of Devouring Light, Livia Llewellyn’s Furnace, Orrin Grey’s Painted Monsters & Other Strange Beasts, Ross E. Lockhart’s Cthulhu Fhtagn!, and John Langan’s The Fisherman up for grabs. All you have to do is click through, sign up for Goodreads (if you haven’t already), and enter to win. On the Summer Solstice, June 20, we will select winners and ship books (July 4 in the case of John Langan’s The Fisherman).

Here are the Goodreads Giveaway links:

In other news, The Driftless Area Review just posted a new interview with the Bram Stoker Award-winning author of Mr. Suicide, Nicole Cushing, wherein they discuss conventions, “likeable characters,” Louisville, KY, and the definition of evil. It’s a great read. 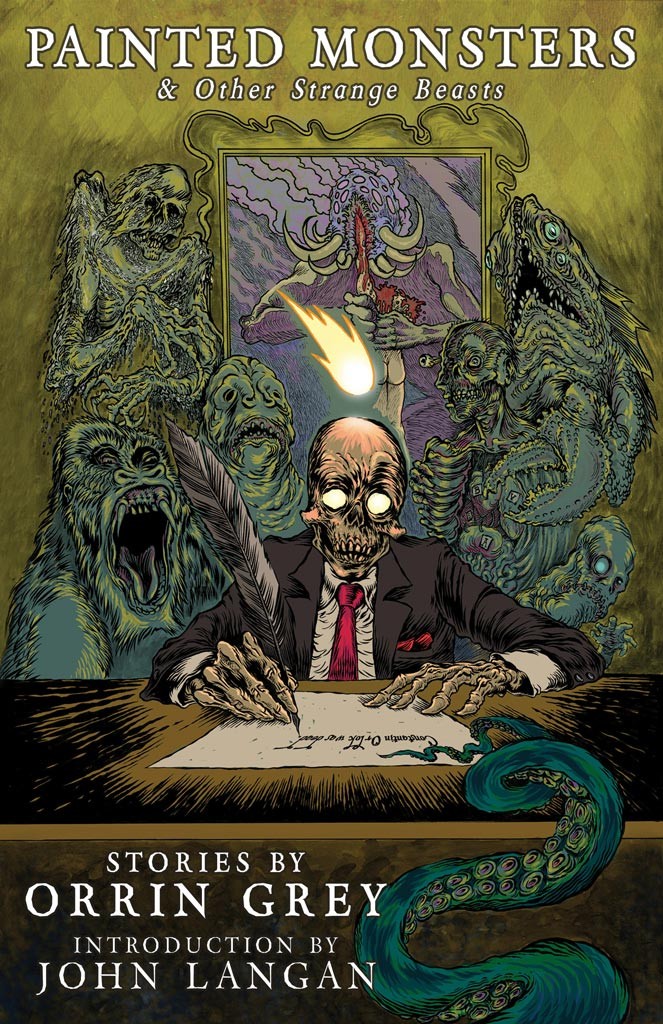 What made you decide to join Ross and the Word Horde?

Was there ever a decision here? Seriously, I had already worked with Ross a few times, on The Book of Cthulhu 2 and Tales of Jack the Ripper and so on, and I knew that he was a great editor and a blast to work with, so when it came time to start shopping around my second collection, Ross was my very first choice. Word Horde is, quite simply, one of my favorite publishers working right now, they’re putting out dynamite weird fiction, and they promote their books like rock stars. Who wouldn’t want to join the Horde?

If you could be any kind of monsters, what kind would you be?

Oh man, most of my favorite monsters (fungus people, monstrous puppets, graboids, C.H.U.D.s) aren’t necessarily anything I’d actually want to be. So for this I think I’d have to go with a Jack Kirby monster; something big and lumpy and lantern-eyed that talked about myself in the third person.

I think genre wears a lot of hats, depending on how the writer wants to engage with it. How’s that for a non-answer? For me, genre is a collection of traditions and tropes, a sandbox that I play in, a set of expectations that I can either use as shorthand or subvert, as needed. Genre is what gets me interested, and keeps me coming back. I like writing—I must, I freelance for a living, and a lot of that involves writing about plumbing or siding or deburring machines or other less-than-spooky topics—but at the end of the day, it’s genre that keeps me in love with what I do. In the immortal words of Guillermo del Toro: “If there isn’t a monster on the call sheet, I don’t show up for work.”

Is it tough buying clothes that fit, as you are in fact a skeleton?

I find that a nice suit and tie gives me that dapper look that you’ll find among all the very best skeletons. That said, I’ve got a human disguise that I wear when I make public appearances and things, so as to avoid the paparazzi. You know how it is.

You seem to be a big movie fan? What movies have you seen recently that have knocked your socks off?

I’m a huge movie fan, though I’ll have to admit that this year so far has been a little lean on movies—either new or new-to-me—that really knocked my socks off. Plenty of good stuff, but not many new favorites. I am a big fan of the Insidious franchise, though, and the last thing I saw that came very close to knocking my socks off may well have been Insidious: Chapter 3, which I think continued the series admirably. I also saw some really good, recent stuff for the first time earlier in the year, including The Guest, Nightcrawler, Resolution, The Taking of Deborah Logan, and The Canal, to name a few. The Canal and Deborah Logan, in particular, I have not seen nearly enough people talking about.

What do you think the goal of horror fiction should be?

I’m not big on telling anybody what their goal should be, so I don’t know the answer to this one, but I can tell you what the goal of most of my horror fiction usually is: I just want to have fun, and I want the reader to have fun, too. Don’t get me wrong, I love thoughtful, meditative horror as much as anyone, stories that stick with you, that carry a hefty thematic weight and leave you thinking, and I hope that my stuff manages that at least some of the time. But most of my favorite horror stories also have something of the spook house in them. Something of the carnival barker challenging you to “Step right up!” It’s why House on Haunted Hill sits right alongside The Haunting in my personal pantheon, and always will.

ORRIN GREY LOVES MONSTERS. That is abundantly clear in the stories he spins. No matter where he draws inspiration from, whether the weird tales of Lovecraft, Machen, and Poe or the films of Murnau, Corman, and Argento, the end result is inevitably fresh and new. And wonderfully monstrous.

If you love monsters—the macabre, the murderous, the misunderstood; the strange, the sinister, the sympathetic; the cinematic and the literary—you will find plenty to love in Orrin Grey’s Painted Monsters & Other Strange Beasts.

* Titles marked with an asterisk are original to the collection.