Tales of Jack the Ripper has been pulling in some outstanding reviews. Not bad for a book that’s only officially been out for less than two weeks. Here are just a few of the reviews… 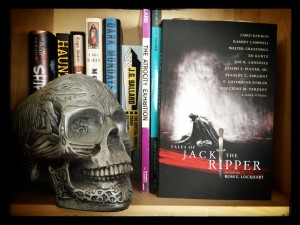 FEARnet.com‘s Blu Gilliand begins his review by asking the question, “is it okay to base a piece of entertainment on a real-life serial killer?” To find an answer, Blu takes an in-depth look at the anthology’s stories by Orrin Grey, Alan M. Clark & Gary A. Braunbeck, Joe R. Lansdale, Patrick Tumblety, and Walter Greatshell, then concludes, “What Lockhart has done with this anthology is to show that the Jack the Ripper story has grown far beyond who- or whatever murdered those women all those years ago. It’s become a myth, grounded in fact, and the reason it continues to hold power over us today is because we still don’t understand what happened, or why, and we likely never will. Stories like that are the stories that continue to frighten us, and until we can banish those shadows forever, there will always be writers wrestling with them on the printed page. Tales of Jack the Ripper manages to walk that fine line between entertainment and exploitation with real finesse. It’s a gripping group of stories about one of our most enduring mysteries, and well worth your time.” Read the full review at FEARnet.com.

At first concerned that he may not know enough about Jack to fully appreciate the anthology, SR Jones of Martian Migraine Press examines closely the tales by Ennis Drake, Pete Rawlik, Stanley C. Sargent, Ramsey Campbell, T.E. Grau, Silvia Moreno-Garcia, Laird Barron, E. Catherine Tobler, Joe R. Lansdale, and Joseph S. Pulver, Sr. Admittedly thrown off by some of the anthology’s more experimental pieces, Jones awards Jack a five-star review, saying, “Editor Ross Lockhart (Book of Cthulhu and Book of Cthulhu 2, Chick Bassist) has done a stand-out job with Tales of Jack the Ripper. This one’s going out to certain names on my Christmas list, that’s for sure. You know the ones. With their ‘funny little games’. Recommended.” Read the full review at Martian Migraine Press.

Shock Totem‘s Mason Ian Bundschuh writes “There is a definite ‘weird tale’ edge to many of the stories (and poems) in the anthology, which in this reader’s opinion is a GREAT thing. It might even be expected from Lockhart, who also brought you The Book of Cthulhu and its follow-up, The Book of Cthulhu 2. This doesn’t mean you can pigeonhole Tales of Jack the Ripper.” Bundschuh singles out stories by Silvia Moreno-Garcia, Ramsey Campbell, and Mercedes M. Yardley for their chilling excellence, concluding, “you need to get up off your lazy duff and buy this collection.” Read the full review at Shock Totem.

The Arkham Digest‘s Justin Steele ponders our societal fascination with serial killers and the Ripper’s legacy, finding insight in Orrin Grey’s tale “Ripperology.” Other stories considered and ruminated upon under Steele’s eye include those by Ramsey Campbell, Alan M. Clark & Gary A. Braunbeck, Joe R. Lansdale, Silvia Moreno-Garcia, Ennis Drake, T.E. Grau, Ed Kurtz, Edward Morris, Joseph S. Pulver, Sr., Pete Rawlik, Stanley C. Sargent, Mercedes M. Yardley, and Laird Barron. Steele concludes, “Tales of Jack the Ripper marks a strong debut for Word Horde. Lockhart, in usual fashion, has managed to put together a strong, multifaceted anthology that explores the Ripper legend at length. If this book is indicative of what’s to be expected from his new press, than readers have much to look forward to.” Read the full review at The Arkham Digest. 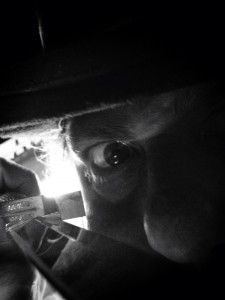 The Arkham Digest have also just featured Steele’s interview with Tales of Jack the Ripper editor and Word Horde publisher/editor-in-chief Ross E. Lockhart. This interview includes not only insights into Lockhart’s aesthetic and goals in putting together Tales of Jack the Ripper, but a behind-the-scenes glimpse at Word Horde’s origins and future. Check out the full interview at The Arkham Digest.