We close this week of excerpts from The Children of Old Leech with Molly Tanzer‘s epistolary tale of academic horrors, “Good Lord, Show Me the Way.” 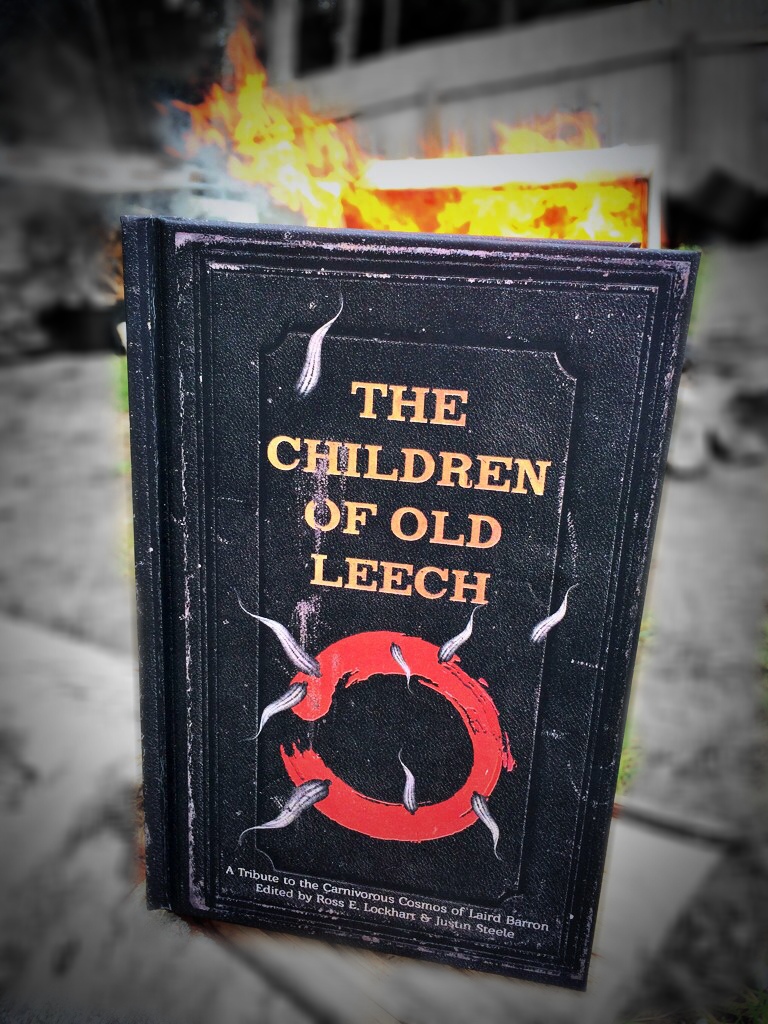 April 27th, 1992—Early Tuesday morning, Burton Wulla Fines was admitted to Tacoma General Hospital with severe burns covering the left side of his face and body, and a mangled left hand, also burned.

Sally Wallings, a neighbor, called 911 at 1:18 AM when she spotted flames reaching above the trees between their properties, alerting local authorities to “a powerful inferno” on the premises. When firefighters arrived they found Mr. Fines’ home ablaze, along with several adjacent trees. Fines himself was discovered wandering around one particularly large spruce, throwing gasoline on it from a can from time to time, and “ranting” according to volunteer firefighter Glenn Woodworth.

“We tried to get him away from the tree,” said Woodworth, “but he wouldn’t come along. He kept shaking his fist at it and accusing it of being ‘infested’ and that he ‘wouldn’t submit’ to the will of its ‘agents.’ He claimed it had ‘whispered to him for the last time,’ that he would burn out the Great Satan within, and be done with the business.”

Woodworth and the rest of the firefighters entrusted Fines to the paramedics who had arrived on the scene in order to fight the fire consuming his house. Soon after, all present reported hearing an “explosion” and returned to find Fines scorched along the face, body, and hand. With the help of the paramedics, Fines’ clothes were extinguished and he was taken to Tacoma General. Sadly, this blast resulted in the burning to the ground of Fines’ home.

When asked why the paramedics had not removed Fines from the site of the burning tree, they replied he became “belligerent and abusive” when they tried. At the time he tossed the can of gasoline onto the tree, causing the explosion that burned him, the paramedics had been discussing methods of restraining or sedating him.

“He accused us of conspiring with ‘vassals of The Great Satan,’ whatever that is; that we were there to ‘bind him’ or something like that. He was pretty incoherent by then,” reported Jim Baker, an EMT.