Today’s excerpt from The Children of Old Leech comes from Paul Tremblay‘s “Notes for ‘The Barn in the Wild.'” Paul initially submitted his story as both typewritten text and as a hand-written manuscript. The typeset text appears in the final book; the facsimile pages became the basis of our sold-out chapbook, Notes for “The Barn in the Wild.” This is the first time anyone who doesn’t have the chapbook has seen these pages. But no matter how you read it, Paul’s story is sure to elicit a chill. 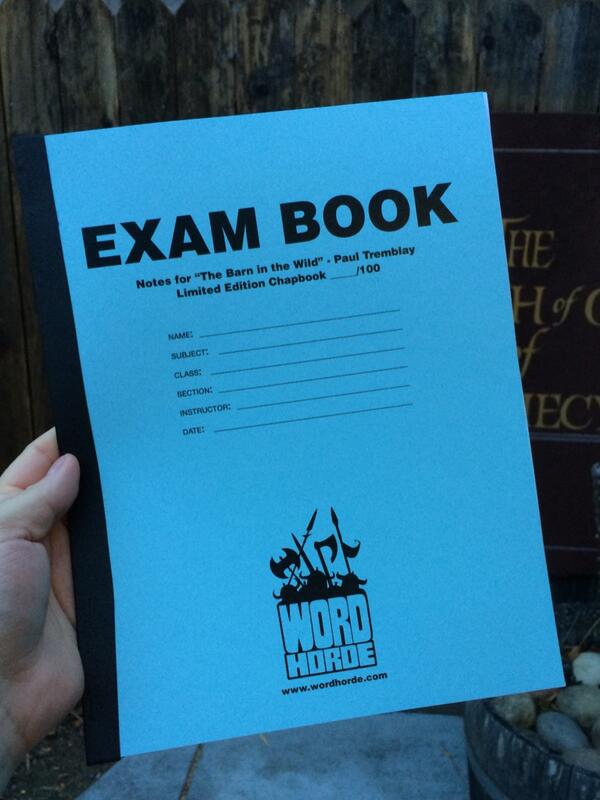 Tommy’s body was found by Antoine and Brandon LaForge (father and son snowmobilers) on March 24th. Stephens presented me a photo of the body. Tommy’s all curled up in a tight ball, lost inside his puffy anorak. Adjacent to him are the dead coals and black ash of a spent fire pit. Tommy likely died of starvation sometime during the previous fall. Five fingers on his right hand were missing. The coroner was unable to determine if fingers were removed by critters post-mortem because of the advanced state of decay of the body.

Were any other body parts missing?

Isn’t it odd that animals didn’t take anything else?

“Who knows why animals do anything they do?”

Tommy’s hands look to be hidden tight into that ball of rigor mortis. Stephens agreed. There was evidence of frostbite in Tommy’s toes and Stephens suggested (admitted it wasn’t likely), that perhaps Tommy cut his fingers off himself after suffering from severe frostbite(7). Next an itemized list of the meager supplies found in Tommy’s possession, including a camera. They were only able to produce a handful of pictures from the film in his pack and in his camera, the rest were washouts: one photo of a woman in a small apartment kitchen, hiding her face behind a dish towel(8); three photos of woods, the hiking trails nearly indecipherable in the brush; an open field with the barn as a dot in the far background; the last picture is a self-portrait of Tommy sitting up against the barn, his hair wild, baby face tufted with facial hair, gaunt and emaciated, facial fat and muscles melting away, replaced by the hard angles of what lies beneath(9), but he doesn’t look like he’s suffering or in pain, but with the content, wild, ecstatic look of a zealot. He sits with his back up against the side of the barn but toward the front. Above his head, and in the upper right hand corner protruding out from the front of the barn, is an ornamental structure, like a deer’s head in profile, and I do think it’s some sort of animalistic avatar or totem, only the neck is elongated, but the head has no antlers, or ears, or much of a snout, it’s oval, tapers to a rounded point at the bottom, human?

7) I’ve had frostbite, and I’ve had it at 20,000 feet, but didn’t cut off my fingers. I’m partial to them. Do people do that? Apparently yes: see, Sir Ranulph Fiennes.
8) Nadia?
9) Unfortunately, I’ve seen that face before. You will see it again. 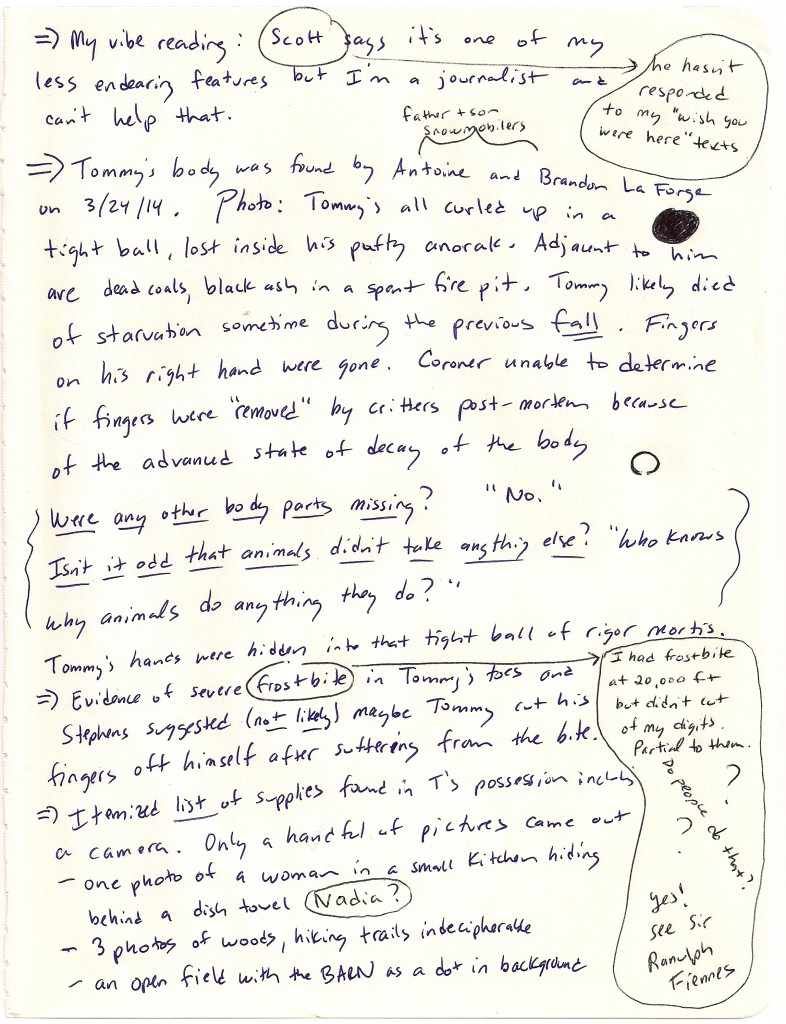 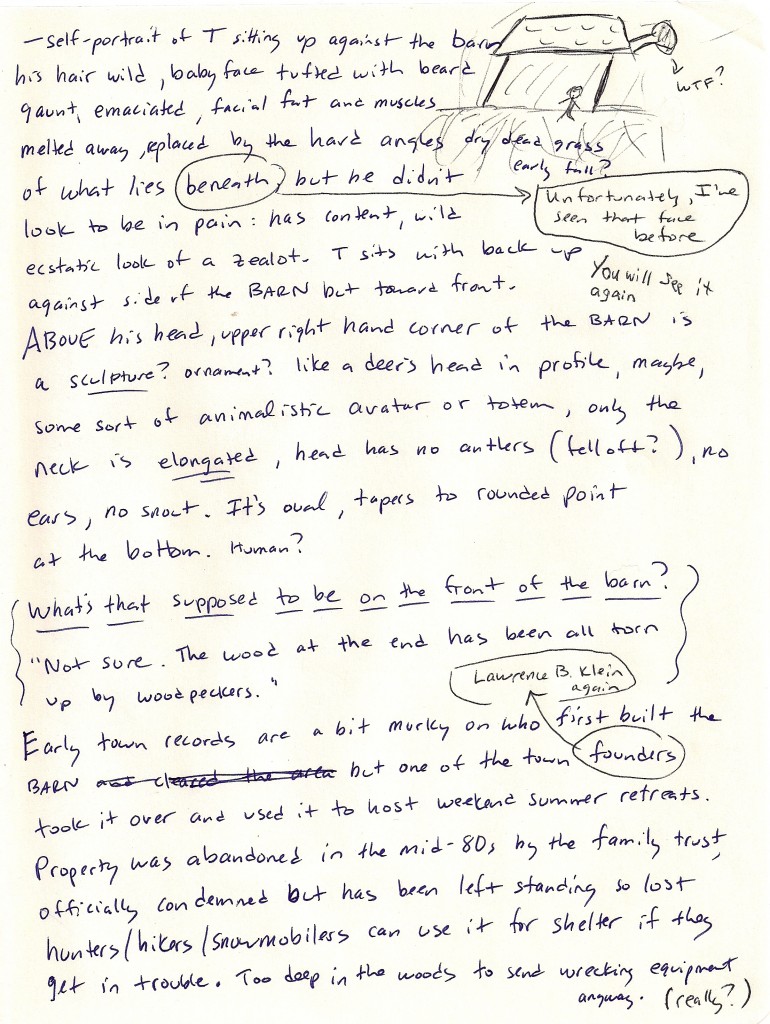