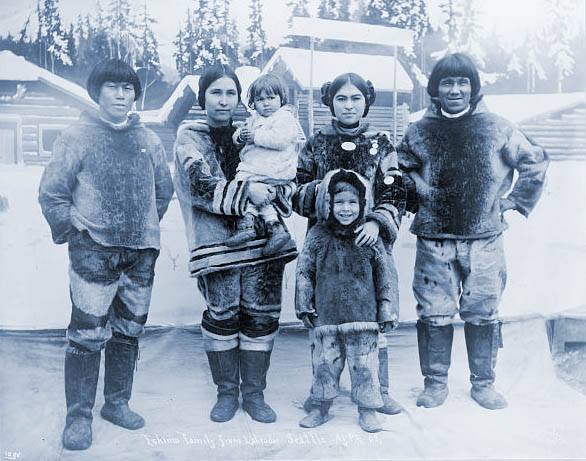 The last chapter of The People of the Abyss is titled “The Management.” In it, Jack London compares the health, happiness, and personal wealth of the average Londoner of 1902 to that of the average Inuit of Alaska of the time, and concludes that those living in the more primitive setting enjoy a much better life than do those of the most sophisticated society on the planet. Since, as he says, civilization has increased man’s productivity such that one working man can produce for many, he concludes that mismanagement is the problem—indeed, criminal mismanagement.

He calls for a reordering of society. As a socialist, no doubt he hoped that a socialist system might emerge that had the best interest of the average human being in mind.

A lot of political history has been made since 1902. The socialist systems that emerged in that time, such as those of the USSR and China, have often been insular, authoritarian, and headed by corrupt governments. I believe that the capitalist system within the U.S. wouldn’t have been much better if not for the tempering influence of socialist programs.

I am a moderate. I want leaders willing to compromise while having the best interests of average human beings in mind.

The chapter raises a worthy question, just as did the end of chapter 24. Would human beings of his time be better off returning to the wild rather than living the way they did in the greatest civilization in the world.

Jack London saw human industry impoverishing, sickening, creating despair, and ultimately killing those at the bottom rungs of society in Great Britain. With his indictment of civilization, I have to wonder what he saw in our future. He died while World War I raged, a conflict that seriously discouraged those looking to see what lay ahead for mankind. Setting aside human conflict, could he have imagined a future in which human industry and society threatened all life on the planet through global warming, and the polluting of our air, water, and soil?

Not that I think human beings should or even could return to the wild, but I have long believed we must shed the “man against nature” mindset that drove us to conquer the world and reshape it to suit our own purposes despite the destruction to life and habitat. I do not believe we were given the world as a home to shape at will, but instead must learn to see the Earth and its ecology as more important and valuable than ourselves.

I enjoyed reading The People of the Abyss, and found the history as revealed by London’s eye witness account fascinating. If you read the book or intend to, I hope you are as enlightened by the experience as I’ve been.

Please consider reading my new novel, A Brutal Chill in August, currently available from Word Horde on August 30. It is the story of Mary Ann “Polly” Nichols, the first victim of Jack the Ripper. The environment in which the story takes place is virtually identical to that described in these related blog posts. If not for the extraordinary manner of her death, she might well have been forgotten. Like many throughout history, she had a simple life, but not one without controversies and drama. As with all of our stories, simple or complex, rich or poor, it’s the emotional content and context that counts.

Thank you for reading my posts.

Author and illustrator, Alan M. Clark grew up in Tennessee in a house full of bones and old medical books. His awards include the World Fantasy Award and four Chesley Awards. He is the author of seventeen books, including ten novels, a lavishly illustrated novella, four collections of fiction, and a nonfiction full-color book of his artwork. Mr. Clark’s company, IFD Publishing, has released 44 titles of various editions, including traditional books, both paperback and hardcover, audio books, and ebooks by such authors as F. Paul Wilson, Elizabeth Engstrom, and Jeremy Robert Johnson. Alan M. Clark and his wife, Melody, live in Oregon. www.alanmclark.com